Carmen Calandra is a student of Athalia Academy who is played by Driving Park.

With an elegant yet imposing face that can be ravishing or downright menacing, Carmen doesn't seem like the type to be an angel, which is handy because she isn't. She is no demon either, but is hardly perfect. To fully understand her personality you must begin with a typical, egotistical soprano singer. This is a girl who is, by all accounts, a diva, thinks herself above all others and is very outgoing to everyone - if only to flaunt herself to them. Now take away about 1/5th of the ego and half of the outgoing-ness and you pretty much have Carmen hit on the head. She wants to talk to others, but she does not shout about it and rarely even initiates it. She thinks highly of herself but does not impose it upon others in the slightest, instead preferring to let her striking looks and (mainly) the music she creates do the talking. She is inwardly judgmental, constantly observing and judging others but never saying a word of what she thinks. Her actual thoughts on a subject are often a mystery. She is nigh impossible to attract, having ludicrously high standards and not being particularly interested in a relationship in the first place.

The mythological Siren is a beautiful yet dangerous woman creature who entices sea-going vessels to crash on the shore with enchanting song. The real [in the context of Athalia] Siren is an altogether more complicated matter. Born from the universe when a supernova generates a particular set of frequencies that possess such ferocious energy and consonance with one another that they cause the spontaneous creation of a sentient life form - a Siren. Very few Sirens have ever existed, and they all have absolute control of all sound in the universe at all times. Carmen is a subtype of Siren called a Skylark, which manifests itself in two forms: a human form, where she needs a form of sound production (the trumpet) to use her abilities, and an almost gaseous form where she can produce and manipulate sound without need for the trumpet (which dissolves when she changes to this form). This form strongly resembles a huge bird, which is why she has been dubbed a Skylark. While Sirens - and thus Skylarks - do not "age", they do eventually dissipate after several millenia. They cannot technically be classified as supernatural because they come from the natural universe, but they possess entirely "supernatural" abilities and can often learn other abilities besides sound manipulation. Conceived from a supernova on the other side of the Milky Way galaxy, Carmen spent her twenty years leading up to Athalia learning the ways of the world - languages, cultures, and most principally music, allowing her to reproduce much of humanity's music through her trumpet.

Carmen arrived at Athalia and attented Criston Cross' welcome speech along with the rest of the students. Once that was done, she happened across Allan Lynch and Dani Hart having a confrontation that would later lead to the chaos at the party that evening, temporarily halting Allan's aggression.

Stopping at her room and writing a note to her then-unknown roommate (Lily Brightendale) in between meeting several main characters, she was drawn to the Student Center by the sound of music, being created by Cyrus Bane on his guitar. Joining him with her trumpet on the way, the duet eventually concluded and Carmen remained in the Student Center providing background music in the corner until the evening party began.

The party soon became packed, with Carmen and Nathaniel Terotrax up front providing the music. As the music became high energy, Allan smashed Dani through the table (he hadn't forgiven nor forgotten the events earlier) and chaos ensued. Observing for a while, Carmen eventually had enough as nobody else's attempts to stop the fight worked, and delivered an "Inception Button" with her trumpet that incapacitated both the two fighters and everyone else in the Student Center.

The next day, she made her way back to the Student Center to find it miraculously repaired overnight, with a painter (Leroy Yew) sitting in the middle. She sat down and began to play, and Leroy painted her, giving her the completed painting. It is here that Carmen met Seven for the first time as well.

Once the students were sent to Destiny Island to vacation while the Academy was prepared, Carmen immediately went and got in touch with her self-proclaimed sophisticated fashionista side by purchasing a beach outfit consisting of a bright sundress, designer flip flops and an extremely large sun hat. Heading to the bar, she ordered a Cosmopolitan martini from Nikola Lovelock and met Ara (A), observing some people she had already met and some she hadn't. WIth a laughter-filled escape fuelled by Ara's comments about Crash and Kathy as an engaged couple, she left the bar with Ara and was about to explore some of the island with him when Mercy Clueman announced the Beach Olympics over a megaphone.

In the first event, girls vs. boys water balloon dodgeball, Carmen unleashed her forgotten competitive side, mercilessly volleying water balloons at the boys and managing to avoid getting hit herself, despite her unsuitable attire. Soon she became engaged in an all out duel with Crash Waterfront, and by the end of the match had pelted him with countless balloons while getting very dramatically pulverized with one right in the chest. The girls were announced the winner and the next event was announced.

In preparation for the next event, the crossdressing obstacle course, Carmen prepared Ara in a huge, elaborate wedding dress and accessories, as well as Brako Rackshaw himself in a princessy prom dress and tiara. Meeting Katherine Argall in the process, Carmen was very satisfied with her work.

The race eventually began, and Carmen finally met her roommate, Lily Brightendale, without realizing she was her roommate, in between throwing paint-filled balloon bombs at the boys as they tried to climb a steep slope. Soon she ran over to the next part of the course and mercilessly pasted the boys with a foam cannon as they attempted to cross a rickety bridge. While manning the cannon, Ryuu Yamuachi ran up to her and grabbed her, carrying her in a bridal carry as he sprinted to the finish line (the race's item hunt required hiim to collect a girl). The pair collectively allowed Ryuu to finish second and to finally meet Carmen.

After the event and overall Beach Olympics winners were announced, the students (including Carmen) all went to the three dojos on the island to train. First entering the physical dojo with Crash and Kathy, Carmen began training by mock sparring with Kathy under Yutaka's direction, using her trumpet as a melee weapon. After Kathy was briefly distracted by Crash (which included Crash falling into and knocking over Kathy and Carmen), the trio (Carmen, Kathy and Crash) agreed to fight an army of fabric armies commanded by Yutaka Ito upon his suggestion.

The trio eventually defeated the fabric army after an unpromising start, but not before Crash found himself chasing the last dummy up Carmen's sundress skirt, much to her discomfort. Upon electing to leave the physical dojo for the ranged dojo, the trio henceforth referred to themselves as the Three Musketeers after Crash coined the nickname.

The three entered the ranged dojo, and Carmen was greeted by Little Feather, Garden, Ara (B) for the first time, and Mercy. After some conversation, Carmen grabbed her bow, set up, and prepared to fire, having taught herself archery theory from books. Before she could, however, Lily Brightendale hit her and Mercy with water orbs, and Carmen began to happily shoot arrows alongside Lily.

Soon though, Lily grabbed Carmen and Matthew Terrison without warning and pulled them to the shooting range, where after Carmen spent a good deal of time being extremely confused (particularly at Lily's heavy blushing), she learned from Lily how to fire a gun. After doing so, Lily called for a cease fire when Margaret Clementine was hugging Matt as he tried to shoot.

While Lily was attempting to resolve the situation, Xanthus (Lily's long-lost lover (see Kalmaysia Academy)) showed up and caused Lily to go into tear-filled shock. Carmen was extremely confused and concerned and rushed to Lily's aid after Lily called out to her. 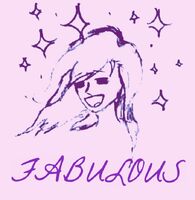 Drawing by NarayanK.
Add a photo to this gallery
Retrieved from "https://athaliaacademy.fandom.com/wiki/Carmen_Calandra?oldid=5814"
Community content is available under CC-BY-SA unless otherwise noted.